From the special edition of Refugees magazine dedicated to the 1951 Geneva Convention:

A refugee is a person with a “well-founded fear of being persecuted for reasons of race, religion, nationality, membership of a particular social group or political opinion..." Article 1A (2) of the Geneva Convention. 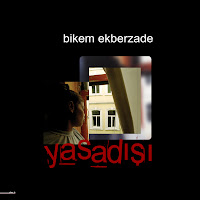 Illegal (Yasadisi) was published, in Turkish on March 2006.  Due to pressing demand, the English version of the book has been published online and given free access in 2015. A book of photography, illegal tells the stories of two women, illegal refugees, trying to survive in Istanbul.

Turkey, with its membership to the European Union pending, was one of the signatories of the 1951 Geneva Convention. However the country chose to use the "geographical limitation" option while signing the 1967 protocol, expanding the geographical definition of the word "refugee".

Currently, refugees from different parts of the world other than European countries taking refuge in Turkey are not recognized as such, but are categorized as asylum seekers, thus being resettled in third countries once their cases have been tried and accepted.

The book takes a point in time from the lives of two African women, single mothers, barely grown-ups themselves, faced with bureaucracy and policies way out of their reach, trying to hold a firm grip on life. And their stateless children... 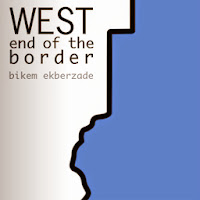 West-end of the Border was published online on June 2010. This e-book of documentary photography - one of the first of its kind - is a collection of refugee accounts from the camps in Chad, on west-end of the border from Darfur.

After having completed her high school education in Istanbul she went to the United States where she received a bachelor’s degree in Management from Boston University. During her studies she has worked with development projects for NGOs such as OXFAM America and has worked on 2 summits for the World Economic Forum. In 1992 she has completed her internship in London with John F. Chown & Associates, specializing in privatization in post-communist economies. Upon graduation she continued to work with OXFAM America, first on development and implementation of fundraising projects, and later as part of the production team at the Video Unit where her team has completed several educational video documentaries on sustainable development and women’s empowerment in third world countries.

In 1995 Ekberzade went back to Boston University, this time to complete her master’s degree at the College of Communications in the field of Broadcast Journalism. She worked for CNN Financial News (CNNfn) in New York City as an intern during her master’s program, and was later hired by CNN Southeast Bureau in Atlanta as a production assistant to help out with 1996 Atlanta Olympics. Her post was later extended to CNN International assignment desk.

Aside from CNN, during her graduate studies and up until 1998 Ekberzade has worked as a photojournalist for print and wire services such as the Boston Phoenix, the Associated Press, The New York Times, and Newsweek.

At the onstart of the Kosovo crisis Ekberzade moved back to Turkey to work as a freelance photographer covering the refugee flow and military maneuvers at the Albania-Kosovo-Macedonia triangle. She later shifted focus to other regions of conflict such as Africa, Central Asia, the Middle East and Europe. Aside from photographing wars and humanitarian crises Ekberzade also reported on them.

Ekberzade is also the curator of a documentary photography project called The Refugee Project ™ which starts off with the war in the Balkans in 1998 and later expands on to document the lives of IDPs in Azerbaijan as well as the refugee crisis between Pakistan and Afghanistan. Further additions to the project has been an extensive documentary of illegal refugees living in Istanbul, and the refugee families from Darfur, Sudan, seeking protection in camps in Eastern Chad. Photographs from The Refugee Project has been published widely in Europe, United States and Turkey, as well as the body of work being invited to several exhibits at home and overseas. Several prints have been accepted to the permanent collection of Kansas University and the Oxford Museum. In March 2006 ILLEGAL, a book of photographs by Bikem Ekberzade, documenting the lives of two young African women, single mothers and illegal refugees trying to survive in Istanbul, has come out from PlanB publishing.

Ekberzade’s editorial work continue to be published in various print and on-line services including the New York Times, Newsweek, Businessweek, Christian Science Monitor, NTV-MSNBC, Times Picayune, and DoubleTake Magazine. She has also contributed to several books such as the Danish version of The Mantle of the Prophet by Roy Mottahedeh and the BTC compendium.

In May 2002, Ekberzade was selected the photographer of the month by EPN World Reporter.

In June 2004, she was presented an award for her documentary work on refugees by UNHCR.

Ekberzade is also the founder of a civil grassroots initiative called For Women, By Women (Kadinlar Icin, Kadinlar Tarafindan) which has brought several hundred Turkish female photographers together to make a stance on violence against women. The initiative is aimed at raising funds, through sales of photographs, for agencies and foundations whose aim is to fight violence against women. Since its start in March 2005, two NGOs have already benefited from the funds raised by the project.

Currently residing in Istanbul, Ekberzade continues to work as a freelance photojournalist and documentary photographer. Her latest project is an extension of The Refugee Project, almost a continuation of ILLEGAL, a feature length documentary about refugees in Turkey. The documentary aims to focus primarily on individual stories and through them have the existing legislations in Turkey regarding refugees discussed by officials.

The Refugee Project
Network of Oxford Women for Justice and Peace (NOW) The Museum of Oxford, U.K. 1-14 March 2003 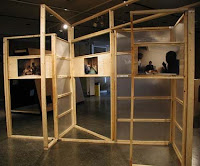 Refugees is a 33 minute short film/slideshow edited with hundreds of the still photographs from The Refugee Project. Screenings have taken place in Istanbul, Lucania/Italy and in Winnipeg Canada on several occasions. It supports the exhibit and the various installations the photographs partook in. 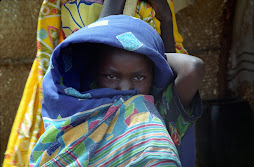 How it all started...

The Refugee Project is the brainchild of documentary photographer Bikem Ekberzade. Ekberzade started the Project in the midst of the Kosovo crisis. Her aim was to try and shed light to the humanitarian crisis in the Balkan triangle of Albania-Kosovo-Macedonia. She travelled to Northern Albania first in 1998, to document the lives of Kosovar Albanians seeking shelter in the region. With the support of UNHCR and a German NGO HCC (Humanitarian Cargo Carriers) in Albania and International Federation of Red Cross Red Crescent (IFRC/ICRC) in Macedonia she was able to move around and visit the refugee families in their places of refuge. She continued her work for 2 years, until fighting ceased in Kosovo and the border opened leading to a rapid return and repatriation.


Azerbaijan was the next step in the Refugee Project. The status quo in the region had left the IDPs (Internally Displaced People) stranded in the refugee camps for over 20 years. Living in mud-shacks in refugee camps, mostly away from the large cities, these uprooted people were trying to survive where no hope for their return flourished. Despite the fact that their territory was occupied by another country, they were nowhere in the news, noone was coming to their rescue, and the only mention of them were as “burdens” in a country’s economy, unwanted, forgotten.


Following additions to the Refugee Project were the Afghan refugees in Pakistan and the internally displaced in the Penshir valley of central Afghanistan. Ekberzade continued the project documenting the lives of two illegal refugees in Istanbul. The collection of photographs led to a book titled ILLEGAL. The most recent addition to The Refugee Project is the Darfur conflict and the Sudanese refugees taking shelter in Chad.


The simple intention to highlight a humanitarian crisis has now turned into an expansive project seeking to document and expose the grim and overlooked nature of the global refugee crisis. Ekberzade is seeking to concentrate on populations running from direct threat to their livelihood in their country of origin and seeking shelter in different parts of the globe. The project is based on the people themselves, and the photographer above all wishes to extend her gratitute to all families who have placed much valued trust in her and taken her into their lives.

The Photographs and Archive: